Reflections on Marriage (or Common-Law Partnerships)

Although I’m no expert, I know a bit about marriage. In total, I’ve been married twenty-seven years – twelve years to my first husband and fifteen to my second. I obviously didn’t do a great job with the first marriage because it ended, and I can’t say that my second marriage has been all happy days. Whose is? 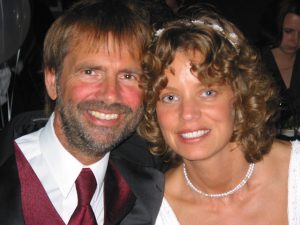 It’s not easy to live with someone day in and day out. I remember one of my brothers saying to me, “It’s hard enough to like your family at times, and you certainly don’t want to live with them. Yet society expects you to hook up with a stranger, stay with that person for the rest of your life AND be happy.” This probably isn’t what you want to hear during the wedding ceremony, but in the day-to-day reality, it’s a pretty accurate picture of how challenging it can be to maintain a long-lasting union.

However, despite the normal ups and downs, I’m content in my current relationship even if I do find something to complain about every now and then. And yes, I do love my husband.

I remember having a conversation with a close friend a few years ago where we were talking about marriage having its good days and bad days. She recounted a story of someone she knew whose partner had died. The woman had said that she was glad she’d lost him during the good years. “You know,” my friend said, “marriage isn’t just about the good days and bad days. It’s also about the good years and bad years.”

That comment was like getting hit over the head with a hammer, not because it was pessimistic and harsh, but because, I realized, it was true. I’ve gone through several years of marriage that I would say were bad years (in both cases)…

more disagreements, arguments, frustration, illness, boredom, anger, desire to leave, and so forth. Sometimes it was hard to stay and the only reason I did was that it seemed harder to leave. Anyone in a long-term relationship who hasn’t had these feelings, at least once, is either delusional or dishonest.

I’ve done a much better job with my second marriage than I did with my first. I smartened up, got my life in order, and simply matured. I also learned a few things along the way, and of course, I’m going to share those with you now.

Make sure you really want to be married. It’s a long haul, folks. The years are short, but the days are long if you really aren’t invested. You’re going to go through a lot of stuff together. There are days where you’ll hardly be able to look at each other, and you’ll wonder how you got into this in the first place. But if you truly WANT to be together, you’ll get through it.

You don’t have to like everything about your partner. Your partner’s an extrovert who always wants to be on the go while you just want to sit home and read a book. Her laugh is loud and rather embarrassing. He can’t manage ten cents to save his soul. There are things you will love about your partner and things you won’t. What you have to decide is 1. Do the good qualities outweigh the bad? and 2. Are the bad qualities a deal breaker? You CANNOT change your partner. At the very best, you can have an influence, but change? Never!

Decide how you’ll compromise. Actually, too much compromise isn’t a good thing because too much middle ground equals two perpetually unhappy people. Sure, there are times where meeting half way is the answer, but I like to think of compromise more like this: “This is really important to him, so we’ll do it his way this time. But this is really important to me, so we’ll do this one my way.”

Stick to the present. How many times during an argument have I whipped out the “You always” or “You never” lines? Too many, and I really try not to do that anymore. Yes, my husband may (or not) have said or done something in the past. He may have said or done it a lot, but I doubt it was every…single…time. Regardless, bringing up old conflicts and re-opening old wounds does nothing more than create resentment.

Don’t agree if you don’t mean it. Sometimes it’s easier just to say yes in order to avoid a conflict. But if you say yes when you really don’t want to, you’re simply going to create anger and resentment. If you don’t want your in-law’s 50th wedding anniversary photo on the wall, say so. If you have no intention of putting $100 in a joint savings account every week, don’t say you will. If you really don’t want to go south this winter, say you’re staying home (I actually did that.) This goes for things big and small.

Follow the 5-to-1 rule: This is the ratio of compliments to criticism. Enough said.

Fight fair. Drop the name-calling and personal criticism. Yelling or the silent treatment doesn’t help much either. Research shows that couples who speak calmly, look each other in the eye, and use open questions fare a lot better. Strong couples also take a time out if required.

Don’t interrupt. For heaven’s sake, let her (or him) finish a sentence. Shut your mouth and open your ears. It works really well.

Split the work. Nowadays, both men and women work outside the home. This one’s no longer an option: Share the chores. It doesn’t matter how you split them up but make sure you do.

Be intimate. Have sex; hold hands; rub each other’s feet; talk about your relationship; share a glass of wine. Make time to do things that bring you closer together. Be darn sure there are many forces that will try to drive you apart. You have to fight them.

Share your world. My husband and I don’t enjoy the same activities. I read and write. He likes to build, fix and putter. I go to the gym. He plays golf, snooker and skates. BUT…we enjoy going out to dinner together, the occasional Sunday morning breakfast with friends, and Sunday drives. You need to have your own identities and interests but you MUST make the time to do some things together.

Come to agreement on your finances. How many couples have broken up over money? A lot! If you’re hiding expenditures, running up debt or anything else sneaky like that, you’re aiming for trouble…a lot of trouble. Come clean, get credit counselling if you have to, and take responsibility for your financial situation.

Be careful of high risk relationships. One wants to discuss problems while the other wants to avoid them. You’re in a relationship but live as though you’re single. Your relationship is full of drama (horrendous fights but great make-up sex). These sorts of relationships are at a higher risk of ending. The good news is that caught early, and with effort from both partners, the sinking ship can be righted. Counselling helps.

Be an optimist. It’s simple, but if you think positively about your marriage, your marriage will often be positive.

Remember, the time with your spouse or partner is finite. Your relationship WILL end be it through death, separation or divorce. Focus on the positive and deal with the negative. Most importantly, be willing to show up for your relationship. If you do, it will last.