My Children, My Teachers

My interest in life’s bigger questions was not something I really discussed with my children while they were growing up.  I imagine they may have been vaguely aware of it due to the plethora of self-help and spirituality books gracing the coffee table.  Yet, despite any intentional effort on my part, my twenty-three-year old son, Max, and twenty-one-year-old daughter, Hannah, display a level of maturity that I certainly didn’t have at their age.

On her eighteenth birthday, Hannah decided to face her fears by parachuting out of a plane.  After that, she moved to Calgary where she got a job waitressing, saving enough money to do a two-month backpacking tour of Europe.

Following that, she returned to work in Calgary, and in September 2015, she headed to Southeast Asia.  From there, she visited Australia for a year, and just recently, moved on to India.  She’s had some amazing (and a few scary) experiences along the way and has developed a good sense of “street smarts.”

Over time, Hannah has also developed an interest in vegetarianism, yoga, holistic health, and crystals. 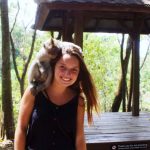 Max works at a local brewery.  Growing up, he was into sports: hockey, soccer, biking, rugby and football.  He also did a stint in the Naval Reserve.  During those years, however, I saw hints of the artist to come.

It was during a one-year stint in university that Max’s artsy side really began to emerge.  He did well in English and acted in a Shakespearean drama.  Then he began to play guitar, and blessed with a great voice, started singing in places other than the shower.   Song writing soon followed as well as performances at local venues and events. 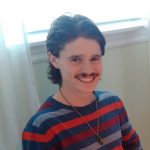 So why do I call Max and Hannah my teachers?  Because they’ve taught me an important lesson about life purpose: Live life on your own terms, and have the courage to do your own thing regardless of the payback.

Both of them have opted out of higher education (at least for now) in order to pursue other interests.  They work at ordinary jobs, but they pay their way, and their jobs leave ample opportunity to engage in their passions.

Neither one is motivated by material acquisitions.  Hannah’s worldly possessions have to fit into a backpack, and Max says that owning too much “stuff” is a pain.  Their motto: Keep it simple.

Both Max and Hannah are pursuing their interests.  Sure, there’s the reality of making a living at jobs that don’t pay a lot, but they’re living their purpose in other ways – Hannah, through her travelling, and Max, through his art.  Neither one is motivated by the idea of fame and fortune.  They’re simply doing what they love, come what may.

Max and Hannah have taught me another important lesson: Life is what you make it.  There’s no formula for success, and there’s no point trying to fit a mold that doesn’t suit you.  As much as we are alike, we are all unique in our talents and skills.  There is no “right” way, so the minute we free ourselves from self-imposed limitations, we are free to explore and to soar.

Both my children are role models who’ve influenced me to stop dreaming and start doing.  Max’s artistic endeavours have motivated me to develop a creative outlet – writing – while Hannah’s solo travels have modelled the courage required to share my writing publicly.

Thank you, Max and Hannah, for the inspiration.  I plan to continue following in your footsteps.

What Happens When We Die?